How to receive temporary spousal support?

You are here: Home / Articles / How to receive temporary spousal support?

Sally is struggling in her marriage of eight years, and feels abandoned by her husband, Darrell. She’s been left alone to raise the couple’s three children, who are all under the age of seven. Although Darrell has been a wonderful financial provider, he has failed Sally and their children in providing them emotional support.

Sally is exhausted and contemplating divorce. She married right out of high school, and the only job she held was as a waiter in her senior year of high school.  Darrell had just graduated from the university and took a job in finance. In the last eight years, he did very well and climbed the corporate ladder. The couple agreed that Sally would stay home and raise their children.  Sally is very afraid. With no work experience and three young children, how will she support herself? 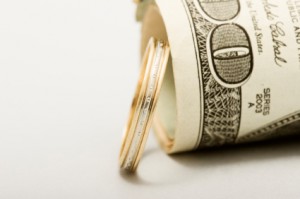 Sally shares that everything she and Darrell have was earned during the marriage.  She assumes she should be okay financially after the divorce. She also heard that she would be entitled to permanent spousal and child support, but her real concern is how will she support herself before the divorce is completed. Can she receive some of Darrell’s income during the divorce process? If not, she is afraid she would have to stay in the same home as Darrell during the divorce. Once Darrell finds out about the divorce, she believes he will be outraged. He would make it even harder for them to live together, and if she moved out, he might prevent her from accessing any funds, including his on-going salary.

Sally’s situation is similar to many others starting the divorce process. You can find out more at the blog post; I’m Getting a Divorce. Now What? For that reason, California provides the out-spouse (the spouse without the financial control) a right to temporary spousal support. This support is ordered so that those like Sally can pay for their living expenses during the divorce process.  (Sally could also receive temporary child support, which will be discussed in a future column).

Each county may have guidelines to determine temporary support. However, in general, the court will evaluate the applicant’s need for support and the other party’s ability to pay. In our situation, Sally obviously has a need for support because she has no income and work experience. Darrell has the ability to pay because he has a finance job, which is providing income to support the family. The intention of temporary spousal support is to enable the supported spouse (Sally) to live in his or her accustomed manner pending the divorce. Courts do recognize that incomes are often insufficient to support two separate households (Sally’s home and Darrell’s home) and still maintain the same standard of living during the divorce. Thus, support is limited by the income (cash flow) that is available.  Sally cannot receive more support than Darrell’s income. Darell will also need money for his own support.

Now, how can Sally receive temporary spousal support? She can do so in two ways. First would be through a court-issued order. Sally would file a motion with the court to request temporary support. She can do so with the help of an attorney or as a self-represented litigant. Alternatively, she can reach an agreement with Darrell. She can do so directly with Darrell, with the assistance of attorneys, or through other dispute resolutions means such as mediation. This agreement can be filed with the court to have the same legal authority as a court-issued order. It will be better for Sally to pursue the second option because it will preserve her relationship with Darrell, keeps the parties in control of their family dispute, and should be both a quicker and more cost-effective method.  Sally and Darrell do have another option. Rather than have a formal support agreement, they can continue the status quo as they work through the divorce process. For example, Darrel might continue to deposit his salary checks in the joint account and continue to give Sally 100% access to those funds. If you need divorce mediation services then go to our home page and find out more.

To help Sally choose among the methods available to her, she might ask herself:

1)      How should I introduce the divorce to Darrell? How she approaches the divorce will set the tone for the case, and the ease for receiving temporary support from Darrell. If Darrell’s perception of the divorce is amicable, he will be more open to providing Sally support or using alternative dispute resolution methods such as mediation to resolve the support issue.

2)      What divorce process will meet my needs? Sally should think about the various forums available to her: litigation, collaborative law, mediation and kitchen-table divorce. If she is concerned about immediate support, which of these will provide her support in the quickest way? To which method will Darrell be more responsive?

As Sally works through these issues, she can rest assured that there are viable options for her and the right professionals to assist her.