Divorce and Children: Importance of a Detailed Parenting Plan

You are here: Home / Blog / Divorce and Children: Importance of a Detailed Parenting Plan

Divorce and Children: Importance of a Detailed Parenting Plan. A detailed parenting plan is crucial in helping parents navigate unique custody scenarios to give children in divorce the best opportunities to succeed and provide parents a specific roadmap to avoid conflict!

What is a parenting plan?  A parenting plan is synonymous with a custody agreement. This can be either an agreement by the parties or an order by the court regarding the parents’ custody and visitation responsibilities for their minor children when in a divorce. Generally, the parenting plan will detail the time share (physical custody) and whether the parents will share in decision-making regarding their children’s medical, health and education (legal custody). You probably hear parenting time in percentages, such as “We have a 60/40 timeshare,” or “I want 50% custody.” A parenting plan also includes details regarding holiday schedules, transportation and exchanges, and the amount of contact the parents might have with one another. Parenting plans, however, can be far more detailed.

The more detailed a parenting plan is in a divorce, the more helpful the plan is to the children and parents who are now navigating new roles as co-parents.  When there are limited details, custody disputes are more likely to arise and land the parents in court leaving a judicial officer to make decisions about the parents and their children’s lives. Instead, a detailed parenting plan reduces the likelihood of future custody conflicts because the plan’s guidelines sets the rules that the parents are required to follow by court order. 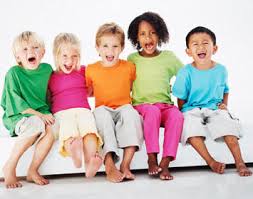 I need some examples of a detailed parenting plan dealing with divorce and children! This Thanksgiving, Dad has custodial time of their 7 and 9-year old boys, but Dad needs to go to Detroit for a family emergency – his mother is very ill and is not expected to make it through the weekend.   Dad has already planned an elaborate Thanksgiving weekend for his sons with his now-wife, and wants them to participate in the festivities while he is away. Unfortunately, he cannot afford to take them with him and believes the weekend might be too traumatizing for them as well.  Mom wants the Thanksgiving time. What can Mom do? She might be thinking that she should request an emergency hearing to be awarded the Thanksgiving time. This is unlikely to work for several reasons: one being that the children are not in any harm at Dad’s home, even in his absence. At this site you can find good information about divorce and children.

Instead, Mom would have been best served if her parenting plan had details to cover this situation. For example, if her parenting plan had a “right of first refusal,” she would have likely been able to receive the Thanksgiving time. A right of first refusal would require the custodial parent to offer the non-custodial parent his or her time if he or she was going to be away for a certain number of overnights, before using other child care options. If this were in play, Dad would have been required to ask Mom if she wanted the Thanksgiving time.

The parenting plan might also have a provision requiring the parties to attend a mediation session, counseling session, or work with a parenting coach to work through custody issues like these as they arise.

These are just a few examples of a countless number of provisions, which can be included in a detailed parenting plan.

Will It Hold Up In Divorce Court? This is a great question. It depends on what provision is being enforced. For most parenting issues, the divorce court will have jurisdiction (the authority to enforce the order). For some issues, such as adult children (over the age of 18), the court does not have jurisdiction. For example, if there is an agreement regarding the adult children’s college expenses or custodial time, the expenses might be enforceable as a contract but the custodial time has no enforceability.

Often parenting plans related to divorce and children include that the parents shall not use any derogatory terms regarding the other parent in front of the children or allow any third party to do so.  However, a judge would not be able to enforce this agreement against any third-party or hold the parent responsible for the actions of a third party. Nevertheless, having this rule in the parenting plan is a great one. Even though it is unenforceable, because it is written and the parents agreed to abide by this rule, it is more likely to be followed than if it were not in the agreement.

As a rule of thumb, when dealing with a divorce and children, more details are better.  Keep in mind – when parents agree to a detailed custody plans, the Court will enter it as an order and only when a provision is disputed will the issue of enforceability come into question, if at all.

I am going through a divorce and have children. What should I do?  Seriously consider a detailed parenting plan. Even if you and your spouse get along fine, a detailed parenting plan is not for today, but for the future when questions and unplanned circumstances arise. Think of creative solutions for what you foresee as potential custody problems. At Families First Mediation, we can assist you in coming up with creative and detailed parenting plans so that your children will do the best they can despite the divorce and you will have a clear understanding of your custody arrangement. Call us at (408) 357-3486 or use our contact form to schedule a free consultation.