There’s a considerable amount of pressure to have your children attend the best college or university that money can buy. Many high school students believe attending their dream school is a reward for working hard in high school. College financial experts argue that’s the wrong perspective. Instead, selecting a college is driven my market conditions and having your children attain financial independence after graduating. 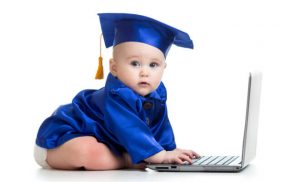 Unfortunately, for most families, taking a close look at the price of college, the ability to pay, and the child’s earning potential after graduation isn’t part of the conversation. Last year, CNN featured the documentary “Ivory Tower,” by Andrew Rossi, an eye opening reveal of the cost of higher education compared to the employment opportunities available after graduation. This film is a must watch for anyone considering college for themselves or their children.

I’m sure we can agree that higher learning is important, and even more important, in a very selective job market. It’s the cost attached to higher learning that must be scrutinized. Not every career plan requires an Ivy League price tag. Andy Lockwood, a college finance and admissions consultant based in Syosset, New York, states that you can achieve the same for some majors, like education, at a state school as you would with an expensive private school.

According to a study from the Georgetown University Center on Education and Workforce, the difference between a bachelor’s degree in petroleum engineering and early childhood development, over a lifetime, is $3.4 million. It’s not that lower paying fields are unimportant. Rather, it’s making sure that the college education to achieve that specialty doesn’t cost more than the value.

Students might work to pay for a part of their costs, but can inadvertently hurt their grades or add another year to the four-year track. Student loans are expensive option. Financial-aid advisors recommend that the “total amount of loans a student takes over four years shouldn’t exceed what the student expects to earn in his or her first year out of college.” If the student’s expected salary is $60,000 per year, then the student should have no more than $60,000 in school debt when graduating. If the student doesn’t have the salary to cover the loan, or adds in a graduate degree, the student might be paying off the debt for his or her lifetime.

Students might rely on their parents to pay their way, but for many parents, this can put them into financial straits, especially divorcing couples that have already seen a major shift in their economic status. According to Mark Kantrowitz, the publisher of Edvisors, it takes three years for a family earning $100,000 per year to recoup $30,000 towards college education. That’s can be an additional three years tacked onto their anticipated retirement date.

When selecting a school, parents should focus their children on their academic motivations, the total cost for each school on their list, and their anticipated pay after graduating. The common misbelief is that if your child attends the most prestigious school, he or she will be set for life, when it’s the child’s career choice and the associated debt that really anchors the child’s financial success after graduation.

You can find this and more details in the September 21, 2015, Wall Street Journal article, “Questions Families Need to Ask About Paying for College,” by Ms. Jillian Berman.